I’ve been needing a naming convention for the clocks I work on, and I’ve finally settled on the storm method. I danced around using the Greek Alphabet (alpha, beta, gamma, …) or the NATO phonetic alphabet (alpha, bravo, charlie, …) or maybe just giving them random people names (“What a boring clock, let’s call him Harold”). What I’ve decided is that I’ll use human names and go alphabetically, and if I need to I’ll swing around and restart the alphabet. (More than 26 clocks? Yikes.) It doesn’t make sense to keep referring to my Ansonia Wall Clock when it turns out it’s not a wall clock at all.

So starting today with my first cuckoo clock I will also begin my new naming convention, and I dub thee: Amelia!

Since this is my first cuckoo clock I’m going to be documenting the process from beginning to end and I will be extra careful about making sure all parts are accounted for. I usually am pretty careful, especially with the older clocks, but I don’t want to fall into any bad habits. I documented the de-packaging process as if it were a live unboxing ceremony, but my real purpose to have you guys see the pieces in the same order that l do, and make it a more cooperative experience for us all. As always I love comments (below).

So far this looks like a very standard German cuckoo clock. I see the MADE IN GERMANY on the dial, the roman numerals look standard, and the color and shape all look typical of these types of cuckoo clocks. The hands seem to have broken off.

Time to use my trusty boring and regular screwdriver to take these fake marbled protective styrofoam placeholders out. 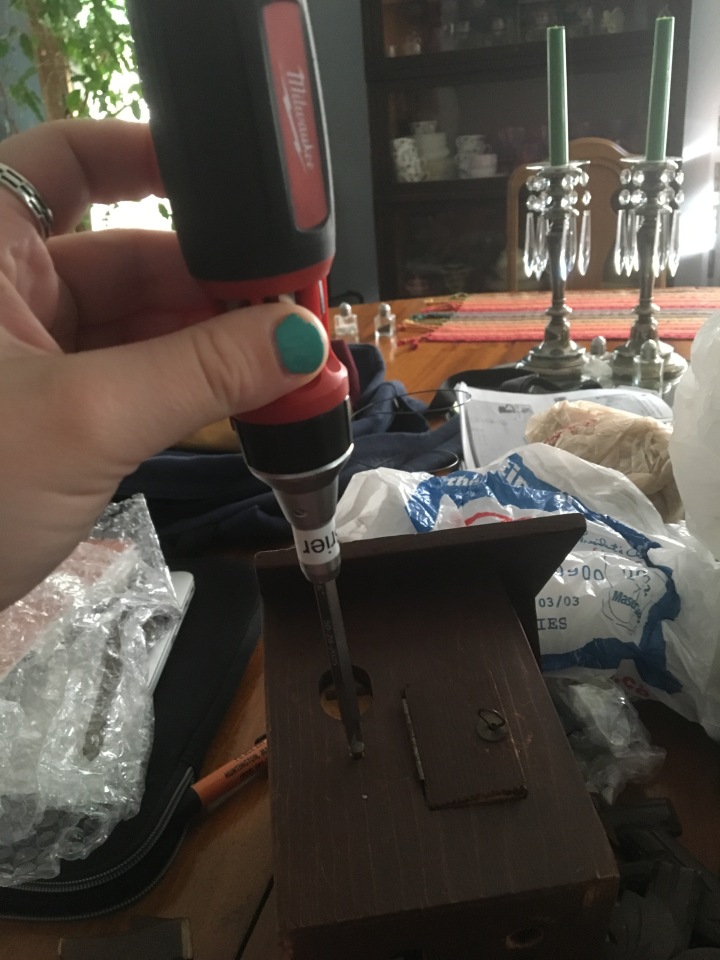 Why have one screw and one nail? That’s just inconsistent. Once out, it looks like each styrofoam piece has a hook that attaches to the back of the movement, though I’m not sure why. 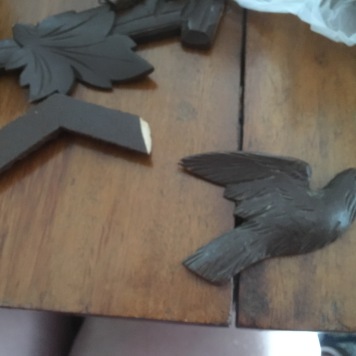 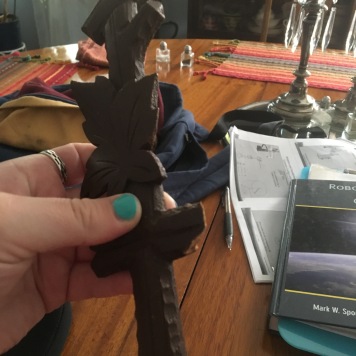 What a lovely bunch of broken wood we have here… at least the chime (bottom right tile above) seems to be fine. I mean, I assume that’s the chime… 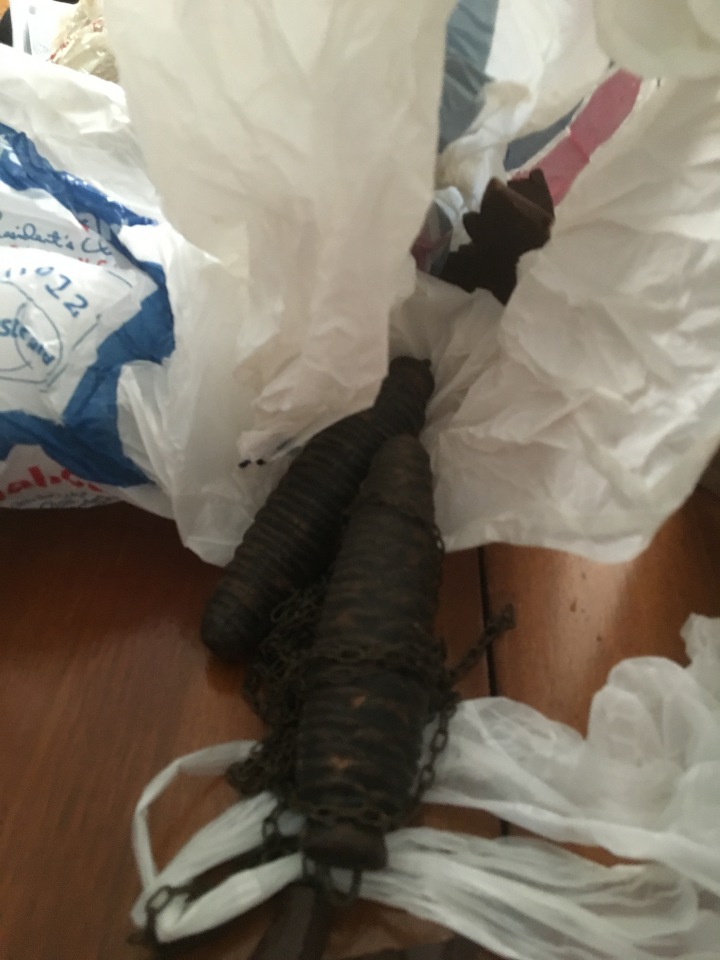 Here are the heavy pinecones, as expected. I really don’t have the faintest idea how a cuckoo clock works. It is, as they say, a horse of a different color. I’m assuming because of the weights that it’s weight driven, but that may be totally incorrect. 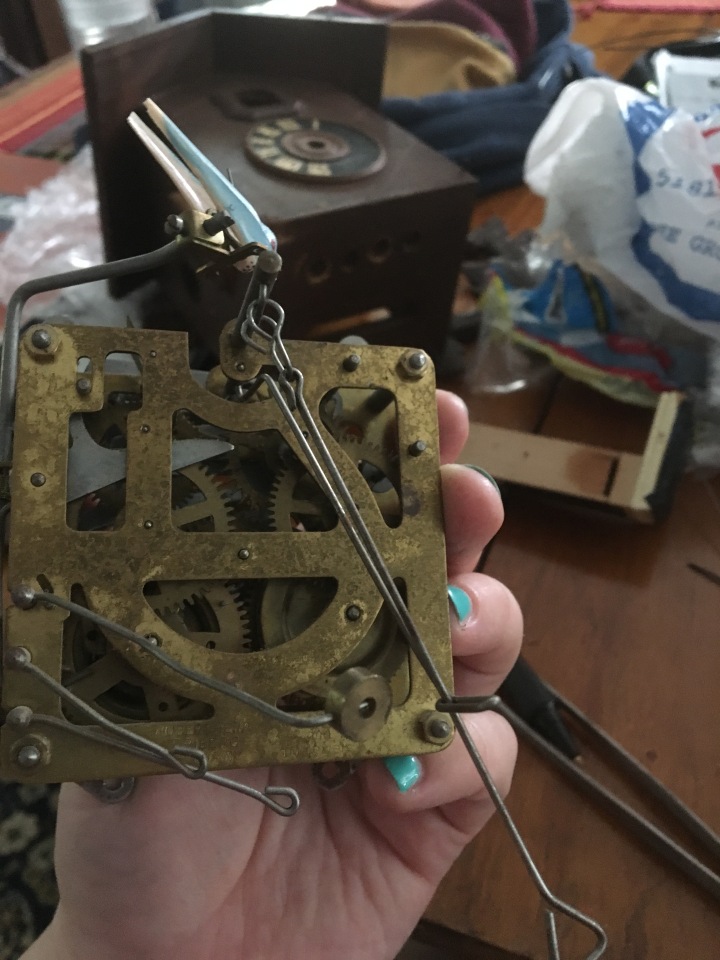 The front and back of the movement are shown above. No springs to be seen so I guess it’s weight driven after all. There’s also a pendulum, and I’m sure the bob is here somewhere. 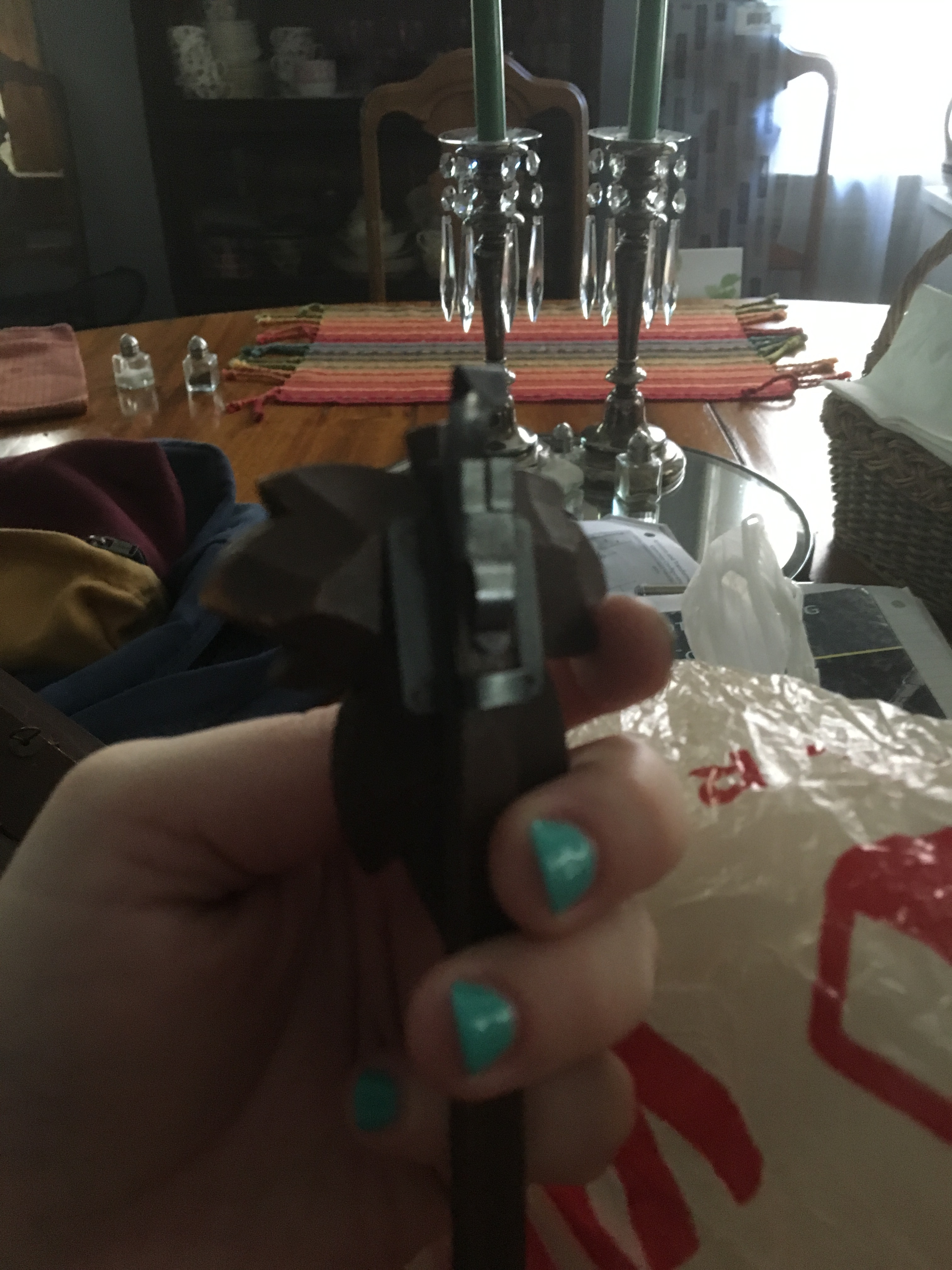 This looks like it could be a pendulum bob. What else do we have here… 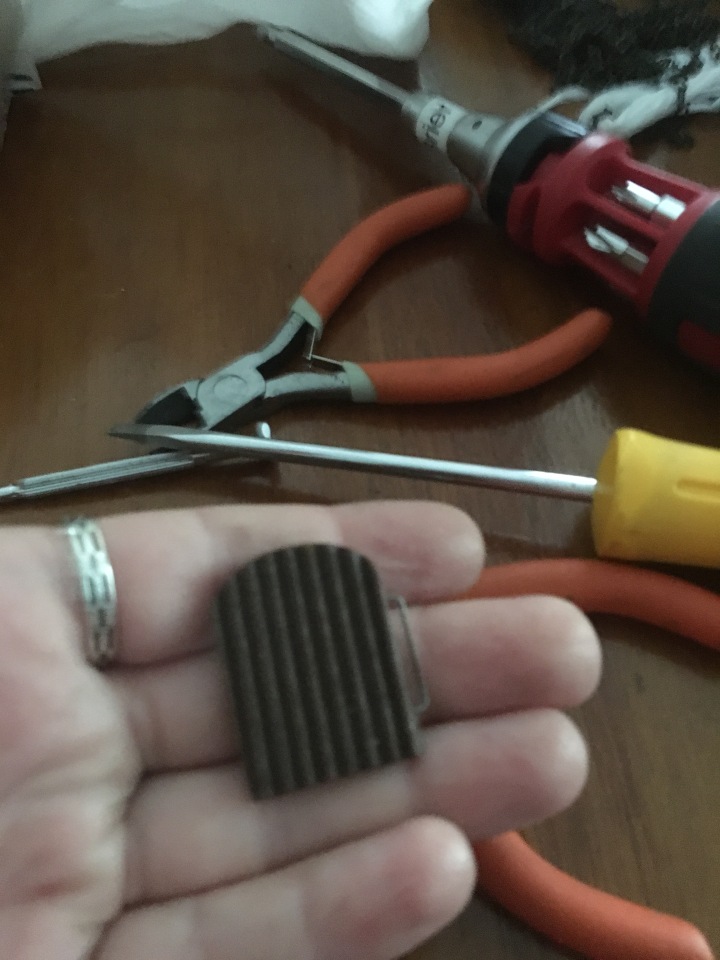 Oh cute, a little door to hide the deranged-looking bird behind. I believe I shall call her Amelia.

The above picture really doesn’t do her justice. She’s quite creepy looking in real life.

So what’s left? Well it would be great if I knew where this clock came from.

So it’s from HUBER, TRIBERS, GERMANY, and some Hebrew letters to the right? Maybe a tad bit of Brasso would help this situation….

Hubert Herr sounds like a good name for a clockmaker, and if my name were Hubert Herr I bet I would live somewhere called Triberg in Germany. I may even make unadjusted, no Jewels clock movements for cuckoo clocks!

Well this was an excellent break from today’s homework! Check in later for my next do-your-homework incentive when I will probably research Hubert Herr and see if I can figure out when he was making clocks and who produced the cases for them.