“Any alert schoolchild nowadays knows that cancer cries for a cure,” writes Dava Sobel, author of Longitude, the eye-opening and turbulent history of the search for a solution to tracking sea travel. Sobel argues that the race for a solution to tracking sea travel was as well-known in the 18th century as our race for a cure for cancer now. Her metaphor for the longitude problem is astonishingly accurate, as Sobel cites the 1707 death of two thousand sailors as only one of many tragedies in seafaring history as a result of not being able to know one’s accurate position. The total number of lives lost to this problem since the beginning of time is immeasurable.

Longitude. For those who haven’t spun their globe lately, let me remind you: longitudinal lines are those that travel north to south, as opposed to latitudinal, which travel east to west. Get out your pencils and calculators because I have a physics problem for you to solve. Don’t be scared, this won’t go on your permanent record. 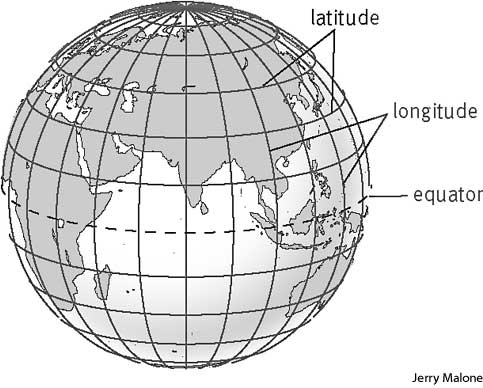 You are on a ship leaving London. Your latitude is approximately 51.5° N. Let’s say that we define zero longitude at Greenwich (as is currently standard) and so you are at about 0.1° W longitude. You travel due west, and eventually reach the island of Newfoundland.  What is your latitude? That’s right, it’s still the same because you are traveling parallel to the equator. Your longitude, however, has changed. You are now at around 57.7° W. That 57.6° difference in longitude is out of 360°. If it is noon where you are now (Newfoundland), what time is it in London?

Now let’s make this a little more fun. Say that instead of going due west, you are still leaving from London but now want to reach the fabled and much touted West Indies, now known as the Caribbean and Latin America. Perhaps we want to go to what is now Havana, Cuba, which is about 23.1° N and 82.4° W. We sail with the wind and keep rough notes on speed and direction in our ship’s log. Because of the rising and setting sun, we can tell how far north or south our bearing is. We can therefore figure out how to reach 23.1° N latitude. But how do we know when we’ve gotten near to 82.4° W? Our shipmates are hungry, hungover, going blind from looking into the sun, developing bruises and fatigue and gum bleeding from scurvy, and overall we’re a pretty ragged bunch. It would be great to know when we’re reaching our destination (if at all) so we can better ration our food and water.

Well, shucks. Maybe if we think on this a while we’ll come up with a solution…

Ideally, clocks run perfectly. Being a very wise person, you came aboard with two clocks. One clock you keep running without changing it. This clock represents the time in London. The other you reset to noon every day when the sun is directly overhead. Therefore you know the time difference between your location and London (UTC+0.0) and you can translate that to degrees longitude. Hip Hip Hooray!

It’s a shame though that clocks these-a-days (anytime before the 1860s) can lose 15 minutes a day… imagine a clock losing 15 minutes a day for the duration of a long voyage. Also, your “London” timekeeper has oil inside that is thickening and thinning with temperature. Salt from the air is eroding the metals used in the chronometer (if that word has even been invented yet). And if the clock uses a pendulum you better hope the seas stay flat or your pendulum will be regulating time irregularly.

This is the problem that faced seafarers for centuries before John Harrison made a series of sufficiently precise watches in the mid-18th century. But for most of the centuries of searching, inventors and natural philosophers looked not toward their inventions for answers, but instead toward the stars. To them, mechanical clocks were just a poor man’s imitation of the heavenly clock, which would undoubtedly be more accurate and impervious to the perils of sea travel. John Harrison, a humble carpenter with no training in clock making, would ultimately prove them wrong. 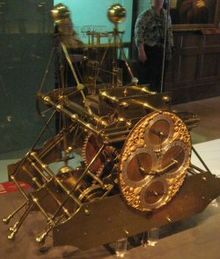 I’ll be writing another post about the few clocks that Harrison made throughout his career and about why they were so groundbreaking. About the book, I’ll say this: eye-opening, engaging, romanticizing. Did you know that the first true calculation of the speed of light was made by an astronomer while trying to solve the longitude problem? Or that in the 18th century the British Longitude Act offered £20,000, equivalent to millions of dollars today, to anyone who could solve the problem? One of the the attempts was even made on the same journey of the H.M.S. Beagle that brought Charles Darwin to the Galapagos. The way the lives of these great men of history intertwined is mind-boggling. Yes, unfortunately all men.

I doubt whether Royal Astronomer Reverend Maskelyne was quite the villain described within these pages, but facts imply that he certainly was disrespectful of Harrison’s work and of clockmakers in general. And to say that the frown on Harrison’s portrait is due to the status of his fourth sea clock being taken away for testing outside of his control is probably attributing a little much to the painter. Despite these embellishments, Sobel’s account is full of interesting knowledge. 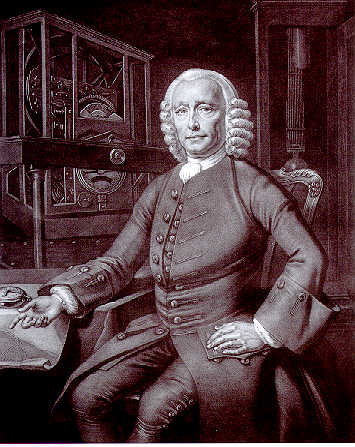 Overall I enjoyed the book and found it to be full of delightful nuggets of information that astonished me, from the interactions between these giants of history (Edmond Halley was a strong proponent for Harrison despite having devoted his life to astronomy, the other horse in the race to solve the longitude problem) and the heart-wrenchingly poor treatment that Harrison received from the board responsible for verifying the quality of his clocks. Harrison himself is an endearing character, and as the reader I sensed that Sobel would have focused more on Harrison himself if only more information were available.

How the name of John Harrison was lost to history is beyond me. Personally I’m adding him to my list of favorite scientists and inventors, along with Marie Curie, Émilie du Châtelet, Leonardo da Vinci, Muhammad ibn Mûsâ al-Khwârizmi, and Gottfried Wilhelm Leibniz. (Author’s Note: Hmm, maybe I’ll do a special on some of these celebrities some day!)

As for the book – 3 ½ out of 4 stars. I would recommend it to anyone who enjoys a good emotional retelling of history, or to any non-non-fiction readers who want to try out a shorter (<200 page) historical non-fiction book that follows a narrative and has a climax, making it more accessible than other, drier, non-fiction. To those who appreciate the history of science, this is a must read. To those who don’t appreciate the history of science – for shame!